Classic breakbeat alert! Fraternity Music Group come correct once again, this time delivering the seminal breakbeat monster "Frisco Disco" for the masses. This track was most famously  used by Slick Rick for "Mona Lisa". Originally released in 1978 on rainbow-splattered clear vinyl, this release incorporates the same eye catching design of the original 12". The Undercover Brother edit on this version is what sets it apart from the original 45 and is essential for all breakbeat DJs and music lovers in general. Pick up double copies today before they're all scooped up from Fraternity Music Group. 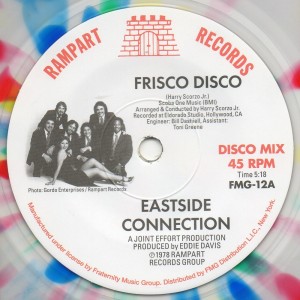