The 2nd release on 45 Live Records, and we welcome the amazing talent Christian Madden into the family. Christian released his LP ‘The Wrecking Place’ digitally in January 2017 that these 2 tracks are taken from and which most definitely deserved to be pressed onto vinyl. Before this album, Christian, along with Giles Hatton, Brandon Carr and John Mark Lapham from the USA, formed a band called The Earlies, blending elements from a wide range of musical genres and have been described as both ‘a very English kind of folk-psychedelia... with a smattering of Beach Boys harmonies’ by The Independent, and ‘country-meets-prog-meets-electronica symphonies’ by The Guardian, which saw them headline the Green Man Festival in 2007.

‘Everybody Get In Line’ beautifully fuses a Northern Soul vibe with jazz rock undertones, an ever building instrumental with swirling Hammond, celebratory horns and stomping drums that build into a crescendo under the skillful hands of this 11 piece band.

The flip ‘Eating It All’ is a deadly syncopated jazz fusion groove with an epic and adventurous arrangement that builds tension through its multiple breakdowns and parts. Once again a song that lets all the individual musicians shine brightly, especially drummer Richard Young who throws down a wonderfully complex rhythm, and the brooding horn section in the main breakdown.

This is real music from a real band, channeling the vibes of Brian Auger, George Duke, Colosseum and the like, most definitely a 45 for the spirited DJ and demanding dance floors. 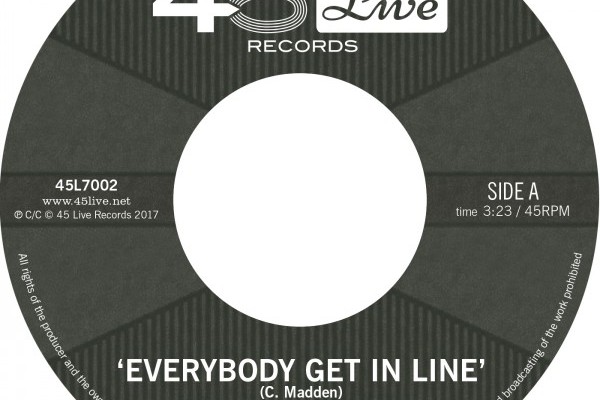 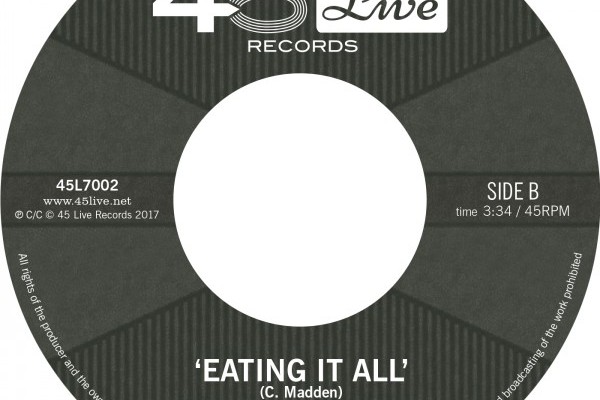