"This December (2017) marks my 25th year DJing and over 30 years of buying records! I remember my first ever scratch routine was cutting up my ‘Beats To The Rhyme’ 7” on my cheap midi hifi circa 1988. Nothing comes close to the feel of real vinyl and cutting up 45’s is about the most fun you can have on 2 turntables. If I’m having fun as a DJ’s then the odd’s are that my audience is too, so in a time of increasing disconnection between the DJ and the dancefloor, I feel in order to take it forward I definitely need to take it back - back to wax!"
Woody - Nov 2017

One of Mixmaster Mike's (Beastie Boys) favourite DJs, described as 'The best DJ in the World' by Hudson Mohawke, labelled a genius by DJ Qbert and referenced continually by the current crop of World Champion DJs as a major influence. DJ Woody may well be your favourite DJ's favourite DJ.

The 2 Times World Champion turntablist is known for his innovations, he helped design the Worlds first ever musical turntable instrument, the Vestax Controller One, and is famed internationally as one of the most prolific pioneers of new scratch technique. Collaborating with musicians from the start of his career proved to be very formative to Woody's musical approach to the turntable and has led to him being sought after by some of the industries most revered producers including Bomb The Bass, Madlib, Oli Teeba (The Herbaliser) and DJ Vadim.

Performing as part of many bands, Woody was the DJ for Grammy winning hip hop superstar Mala Rodriguez, was part of Vadim's Russian Percussian and One Self (Ninja Tune) and has written scratch music for a 25 piece big band jazz orchestra.

In the last 10 years Woody has played to festival crowds of up to 40,000 and performed in over 40 countries in venues as diverse as The Nokia Theatre in Time Square to a Bollywood film studio in the middle of Mumbai. In 2010 Woody extended his repertoire in the form of his ground breaking audio-visual DJ show, 'Turntables In Technicolor'. Designing and animating all the material himself, Woody immediately made his mark on the AV and DJ scene following jaw dropping showcase performances at the 2010 World DMC Finals and the US DMC Finals in New York. These performances led to DMC's decision to run the first ever Video DJ Championships. His latest ‘History of Hip Hop’ AV set is described by Jurassic 5's Cut Chemist as "The best video DJ set Ive ever seen!".

2015 saw Woody make another first by taking his brand of audio-visual-turntablism to the theatre, premiering 'Blake Remixed' at the 2015 Edinburgh Fringe. In this collaboration with Guinness record holding beatboxer and rapper Testament, Woody not only created a live soundtrack via the turntables
but also became puppet master over interactive 3d projection mapped characters, enabling the DJ turntables to become part of the storytelling experience.

In 2016 Woody's production skills came to the fore. Firstly in the form of 'BocaWoody' a new collaborative project with Bristolian beatmaking legend Boca 45, the pair released a 6 track EP and vinyl 7" in May to rave reviews.

In October Woody also released his long awaited debut solo LP 'The Point Of Contact’. The vinyl release sold out within a week and received a unanimous 'thumbs up' from fans and the music press, prompting comparisons to the work of RJD2 and DJ Shadow. The album features some of the UK's finest musical talent including Christian Madden (keyboard player for Liam Gallagher), Carl Sharrocks (drummer for 808 State), Nick Blacka of Mercury Nomimated trio Gogo Penguin and Matthew Halsall. The live act, in which Woody utilises the turntables as a lead instrument includes drums (Sharrocks) and keyboards (Madden) and debuted to a full house at the legendary DMC World Finals at the 02 Kentish Town Forum in London to a rapturous response. 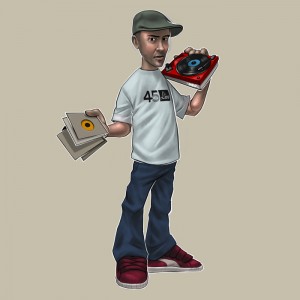 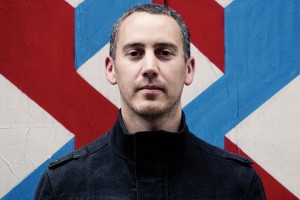