With a career spanning almost 30 years, there’s no doubt Marc Hype is a sureshot partyrocker who
represents a more ecclectic view on Hip Hop & Funk from the very beginning.
He started his DJ career, inspired by the late great Jam Master Jay, around 1988 and went through the
several decades of hip hop with countless releases, tours and competitions like the German ITF
championships, which he won twice in 98 & 99.
During this time he collaborated and recorded with artists like the Juice Crew legend Masta Ace, Souls Of
Mischief, Edo G., Zion I, Beat Junkies, DJ Z-Trip, Patrick Pulsinger, Killa Kela, Akrobatik & Mr. Lift o name a
few. His solo-debut album “1973 * Recon“ became “Album of the month“ in Europe’s biggest Hip Hop
Magazine JUICE in 2003.
In the year 2004 he met world class pianist Jim Dunloop in Berlin and quickly they began to collaborate on
shows and production. His proven skills on the decks combined with the undisputed talent of Dunloop's key
wizadry followed their first vinyl releases in 2005 on the infamous Milk Crate label, "The Antique Anthem",
"Bombay Raw" & "Finale 74", which were very successful in the worldwide dj-circuit, followed by a cover
version of Babe Ruth's "The Mexican" in 2006, which was dubbed by UK's Jazzman Gerald as "the" version
to have.
In 2009 the album "Stamp out reality" was released on MPM Rec. which featured artists like the legendary
Blowfly, Mr Complex, Flomega and Lady Daisey. On the remix tip they build a strong reputation with works
for artists like All Good Funk Alliance, Deela, Kid Gusto, Tippa Irie or Danny Massure.
Besides that he hosted several highly acclaimed event series like Rap History Berlin or the SoulClap! Tours
in Germany & Asia.
Nowadays he’s travelling the world with his 45s bag as part of the Berlin/London/Hamburg based Dusty
Donuts crew & label, as well as a member of the UK based international 45 Live DJ circle. Still spreading the
original values of Hip Hop Culture and Crate Digging.
If you track his past tour schedule you can be sure of his proved ability to rock internationally with stops
allover europe as in USA, Japan, Hong Kong, China, Cambodia, Thailand, Vietnam, Singapore, Lebanon,
Tunisia, United Arabian Emirates, Russia, Israel, India & Australia. 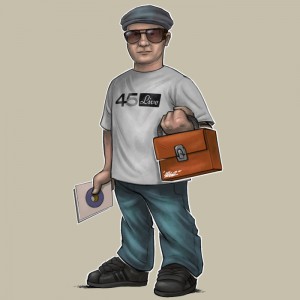 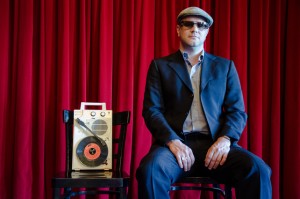 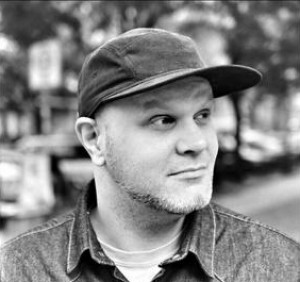