Strictly Kev aka DJ Food has been DJing since the mid 80's, schooling himself on the cut & paste mega mixes of Double Dee & Steinski, Grandmaster Flash and the Latin Rascals. Later embracing rave culture and running chill out parties in London during the early 90's where he hooked up with Coldcut, quickly becoming a resident on their weekly Kiss FM show, Solid Steel.

It was here that he was inducted into the fledgling Ninja Tune label as well as the DJ Food project, a recording name he would go on to inherit as well as the solo moniker of Strictly Kev. Joining fellow Food DJ Patrick Carpenter (PC) on 4 turntables he made his mark at the legendary Stealth nights at the Blue Note in London. He also worked with Coldcut on their genre-redefining 'Journeys By DJ' mix in 1995 as well as Warp Records' 'Blech' mixes and his own History of the Cut Up odyssey, 'Raiding The 20th Century'.

Touring the world since the mid 90's both solo and as part of numerous Ninja Tune line-ups injected his record collection with sounds and styles he'd only dreamt of and earned him a place in Eilon Paz's 'Dust & Grooves' book. His collection swings from Hip Hop to Electronica, Jazz to Soundtracks, Spoken word to Post Rock - all with a taste for the left of field.

His DJ style is best described as 'Magpie Music', adhering to Bambaataa's original ethos of taking the best of all styles and mixing them to form something new. Well known for his eclectic tastes he leans towards Rock, Psych, Electronica, heavy brats, Hip Hop and beyond in his 45 sets, concentrating on the contemporary as much as the classics. Starting where the 'Ultimate Breaks & Beats' compilations left off he explores new tunes as well as more leftfield choices from way back. You're as likely to hear Gary Numan, The Beastie Boys or Kraftwerk 45s as you are songs by Temples, The Heliocentrics or Broadcast. 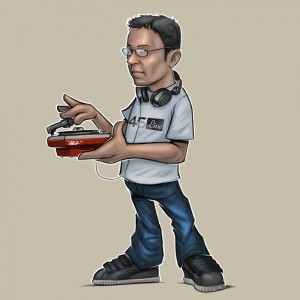 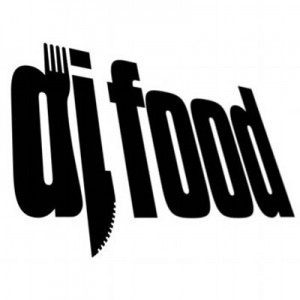