Pete Isaac is best known as the DJ promoter behind the seminal southwest club-night Jelly Jazz since January 1993. In its early days during the height of the southwest's rave culture, Jelly Jazz started out to provide a weekly diet of soul, funk, latin, hip hop and break-beat all with a jazz twist to them. The blend worked and the unpretentious, 'sweat dripping off the walls', 'dance till you drop' attitude and atmosphere driven relentlessly by the musical passion of resident DJ's Pete Isaac and Griff soon became a major force in Southwest club-culture. Fairly soon Jelly Jazz developed an international reputation and was attracting the likes of Gilles Peterson, Norman Jay, Mr. Scruff, Quantic, Patrick Forge, Chris Goss, Andy Smith, Russ Dewbury, Rainer Truby, Jazzanova, and DJ Format as guest DJs.

Branching out Jelly Jazz ended up having residencies in Exeter, Newquay, Falmouth, Totnes, Truro, the Eden Project as well as many guest spots around the country and in Europe plus New Zealand and Canada. The Plymouth Wednesday-night club sessions became one of the longest running jazz based club residencies in the world, running weekly for 14 years.

As promoter of Jelly Jazz, Pete ventured quickly into live music as well and was the first in the southwest to book many of the early acid jazz acts such as Mother Earth, Corduroy, Izit, The Federation and The Big Cheese Allstars. Live music has remained an essential facet of the Jelly Jazz experience to this day. From small gigs in the Quay Club in Plymouth through to 1400 people at a time to see acts like Pucho & The Latin Soul Brothers, many of the concerts are now legendary in the southwest. The list and the quality is remarkable: The first ever show in Europe from Sharon Jones & The Dapkings, Lou Donaldson, The New Mastersounds, The Quantic Soul Orchestra, The Soul Providers, The Bamboos, Sugarman 3, Snowboy and the Latin Section, The Boogaloo Investigators, Manteca, Kokolo Afrobeat Orchestra, Saravah Soul, Ugly Duckling to name a few.

Another crucial part of Jelly Jazz's success was Pete's talent for graphic design running throughout the clubs flyers, posters, backdrops, projections, newsletters and ultimately website. Recently these talents have turned towards album design for Freestyle records, One Note, Dumaine, Inflexion Point and Record Kicks. He was also responsible for getting a Ray Camacho compilation project off the ground and finally released on Freestyle records. Something of a labour of love, he ended up compiling it, wrote the sleeve notes, and designed the cover himself.

As a DJ, Pete is known for energetic, hard-driving combinations of dancefloor jazz, soul, funk, afrobeat, latin, ska, and reggae cut up and mixed with all their modern derivatives in hip-hop, breakbeat, house and drum and bass. In an era when most club-nights tended to play one genre of music, at one tempo all night, Jelly Jazz defined itself with variety. The signature sound of Jelly Jazz is bongos, beats, and bass-lines with scratchy guitars, wholesome horns, and wailing organs. Above all it's got to be funky!

As 2015 begins, Pete as creative director, along with Scott Boca 45 are embarking on this new project in 45 Live. With aims high and passion for 45’s deep, 2015 and beyond could well be a thoroughly exciting!

'Jelly Jazz has consistently been one of the best and most influential 'left of centre' club nights in the whole of the UK. I have the most respect and affection for a night that STILL continues to champion the best of the new skool whilst always acknowledging it's proud jazz /funk and soul music heritage - I doff my hat to PETE ISAAC and every other great live act and DJ, who like me consider it a real privilege to have played the club over the last 20 years - RESPECT FOR THAT!!! here's to another 20 Jelly-tastic years!!!…'
Norman Jay MBE

'one of the sweatiest, most funk obsessed and energetic dancefloors I know'
Quantic

'Jelly Jazz is the soul of the South West'
DJ Format

'Jelly Jazz is one of the Uk's most exciting club nights and for me one of my favourite gigs to play anywhere in the world. The fact that Pete and co have run this excellent night for so long providing cutting edge music for the South West is nothing short of incredible'
Russ Dewbury, Jazz Rooms, Australia/UK 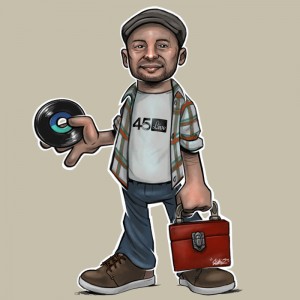