Funky Furious on the 45s!

Before driving at breakneck speed with his electronic project Christine, Aeon Seven was one of the first turntablists in his region of France, unbeatable with hip hop breaks, funk 45 & obscure samples of any kind.

Music and skateboarding form the pattern of Aeon Seven's teenage years, with Jason Lee, Matt Hensley, Public Enemy, Beastie Boys and Sonic Youth as a backdrop. Part of an ephemeral punk rock band as a guitarist and crate digger well ahead of time, he gained his musical culture by collecting vinyl records. The turning point came with the discovery of Dj Shadow and Dj Qbert. From this time, he went deeper into hip hop culture, bought a mixer, a second turntable, exploited the collected records and became a DJ. Resident at the legendary "Café Curieux" in Rouen, he gets deeper into audio production, and in 2000, he released his very first record "Beyond The Time Barrier". A record made up of instrumentals and sounds to scratch with, aimed to be used by turntablists. Then he participates at the Rock Dans Tous Ses Etats Festival in 2003 and shared the stage in 2004 with Hexstatic and Modeselektor at 6th Nordik Impact. Then in 2005, he released his funk masterpiece "Funky Furious" revealing his passion for Deep Funk and drumbreaks which constitute the basis of Hip Hop production.

In late 2007, Aeon Seven meets Kunst Throw, a younger DJ with whom he shares the same musical influences. They play hot gigs together that lead them to mix their Hip Hop / Funk / Rock influences with the new electronic scene in full bloom at the moment. In 2010, they created the project "Christine". The Duo first attracts attention through their stage appearances, won a subsidy, elected "Printemps de Bourges discovery" in 2011 and to the Transmusicales festival the same year. In 2012 they won "Les Détours D'Adami" that enabled them to play in many big french festivals (Francolfolies, Vieilles Charrues, Solidays, Eurockéennes,  MEG festival in Montréal, Sakifo at La Réunion, Guadalajara in Mexico, Montreux and Paleo in Switzerland…). The Band released 2 EP "Catharsis"  and "Death On Wheels" in 2013. Then came 2 auto produced Eps "Ecstatic Sole" and "Brand New Furies", followed by the full soundtrack production of "Nemesis" (2017), a movie directed by Christophe Deroo.

An active DJ and Producer for more than 15 years, this unconditional vinyls lover leaves Christine in 2016 to get back to his first love. After sharing the stage the same year with Rejjie Snow, DJ Nu-Mark + Slim Kid 3 and Lee Fields and The Expressions, he released "Lowdown Spectrum", a video mix project that put the light on his love for mixing 45 in tune and scratching, pressed on 12" vinyl, and then came his first 45 live radio mix "Love Beams Defender", a 100% 45rpm mix featuring a bunch of pretty rare gems.

2017 has been really busy and started with a collaboration with DJ Suspect in "Cosmic Thrill", a mind-blowing 4 turntable 45's only set, in the vein of Cut Chemist & DJ Shadow's "Brainfreeze" or " Product Placement" shows. Then came "Funk Night Cruising" on limited cassette, a trip through Funk Night Records Catalog, followed by "Thunder Cuts", a 7" skip proof DJ tool, and finally his first release on 45 live records: "Seven Breaks" 7": a serious club track, illustrated with a self-made official video. Hours of painstaking animation later and the result is a tour de force of 45s flavoured creativity.

2018: The 7th release on 45 Live Records obviously had to be by Aeon Seven with his 2nd recording for the label. This French producer/DJ/animator from Rouen in northern France is quite simply a mighty talent, excelling at everything he touches. Whether it be a blistering turntablist DJ set, an expertly crafted mixtape, an eye-popping video animation or indeed some beautifully arranged and produced dancefloor cuts, as we have right here on this new release.

‘The A-side ’Soul Altitude’ sees Stéphane drop some snappy drums and an über phat fuzzy bass as a bed for guitar riffs, organ stabs and LIVE horns to swirl around upon, complete with a tough breakdown and horn solo to end, it’s a deep mid-tempo dancefloor burner. Meanwhile the B side ‘Preliminary Battle’ takes a super tight boom-bap drum sound and adds an even filthier bassline to underpin this heads-down organ-fueled workout. The strings add extra urgency and mood to complete his fantastic 2nd release for 45 Live. 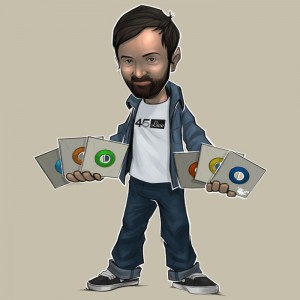 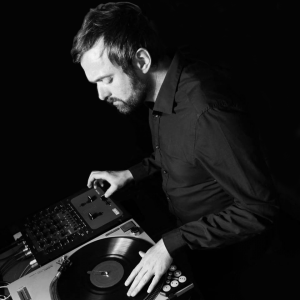 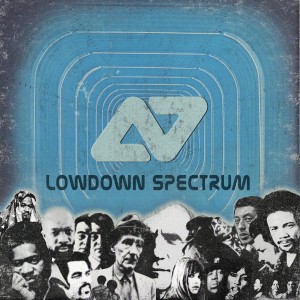 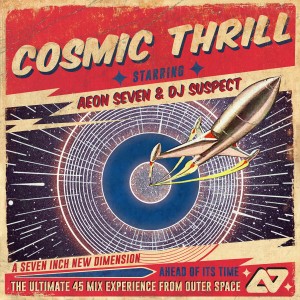