Jump into the time machine if you will, and turn the dial back to 2017 when the 45s reissue label Dynamite Cuts launched. Since that year we have been treated to so so many, now how shall I put this? Oh yeah, dynamite cuts!

Dynamite Cuts was set up by Malachi Trout who has been thoroughly immersed in UK rare groove culture since the mid-80s. He continued on into the 'acid jazz' scene of the late 80s, revelling in the heady days of the 90s where jazz met soul met funk met hip hop met rave. "Back in the days when I used to go clubbing in London, Astoria and the Mud Club were my favourite nights out," Malachi says, "and the big DJs for me were Jay strongman, Jonathan More, and Bob Jones". That of course says it all when it comes to being 'turned on'. All three were indeed opening and blowing minds back in the mid-80s (and onwards), constantly dropping bombs and soon-to-be classics in Go-Go, early hip-hop, soul, and jazz-funk. In doing so all played their particular and important parts in making UK club culture of that time absolutely wonderful. So much energy, passion and an unquenchable thirst for discovering new and old music that would be 'blended' into a 'sound'. And although this sound was made up of disparate strands, in the skilful hands of Bob, Jay, Jonathan and others like Norman Jay, that sound took on a life and identity of its own.

I remember heading up to London myself in the early 90s to go record shopping at places like Honest Jon's and Dub Vendor in Ladbroke Grove and Soul Jazz, Mr Bongo and Release The Groove in Soho. On every visit one would learn of newly unearthed jazz or funk rarities that DJs like Gilles Peterson were championing, or the hottest contemporary 12"s, all proudly racked up on the walls or buried in crates that housed untold amounts of heat.

One such record was James Mason's 1977 album 'Rhythm Of Life', a jazz-funk masterpiece. You might even have been able to pick up an original pressing in Soul Jazz back then for a reasonable amount, but not now. It is this album that Dynamite Cuts chose for its first 7" release with a double pack 45 featuring 4 cuts from the album. The production of this sets the scene for how the label is to move forward, Malachi says "I always try and make each release look like its Big Brother / Sister (LP)", and that is a nice touch. All the releases feature the OG album cover artwork scaled down with the reverse adapted to be relevant to what tracks are on the 7" vinyl. I asked what has been his favourite reissue so far "Oh that’s a tough one, everyone’s a winner...but I’m really happy with the 'Black Caesar' James Brown release, the gatefold just looks superb. I'm also really happy with the Hector Costita 'Avessos' gatefold 7”, 10min long and sounds great". These 2 are a great example of Malachi's desire to go the extra mile with the label, I mean not many people do gatefold sleeves for 45s, and to master a track over 10 mins long on a 45 and for it to sound great is a magnificent feat all in itself.

Over the following years, Dynamite Cuts has been on a mission proudly reissuing classic after classic, often for the first time on 7" single. And if you're of an age that meant you were going out clubbing from the mid-80s, then you will have probably reacted in the same way as me when each single drops. I often feel like Malachi has been raiding my record collection as he has reissued so many absolute bangers and breaks that made their way into the rare groove scenes back in the day. Think choice cuts like 'Chuka' from Norman Connors, 'Right On' from Clarence Wheeler, 'It's A New Day' from Skull Snaps, 'Got To Get Your Own' from Reuben Wilson, and the magnificent 'Hands Of Time' from The Perfect Circle.

Clearly, Malachi has built up a great working relationship with the major labels such is his ability to get clearance for so many classic records. He says, "I have worked with the majors for quite a long time, since 1994. My first job was for the Master Cuts compilation series, then I helped Gerald at Jazzman Records. So the people that started off many years back that I was working with are now heads of their departments which makes it much easier now". Cue up releases from the likes of Roy Ayres, Miami, Tommy Stewart, Johnny Pate, Bartel, Brain Auger, Voices Of East Harlem, Steve Parks, S.O.U.L, Fatback Band, Mosaic, and the list goes on. Malachi's release CV speaks for itself. There is a slick machine here built on trust and integrity, so those working relationships he enjoys mean enviable access to multiple catalogues of music closed off to so many others. I should know, I have tried to do a few reissue projects for 45 Live with the majors, but sadly the vaults were locked to me.

When one has cultivated that access to music catalogues, I can only imagine it being like a kid in a sweet shop. With Malachi's experience and deep knowledge coupled with a green light from the majors, it can only be a winning project. As the releases on Dynamite Cuts roll out month after month, one of the most common reactions from DJs and music fans I see is usually along the lines of "No way!", or "YES!", or "I've always wanted that on 45!". Especially so with some recent releases, notably on Matata's Afro Funk 45 that has just come out which puts for the first time on 45 'Talkin' Talkin' along with the aptly named and superb 'I Feel Funky'. And then there's the recent double-pack 45 release of 'Investigation No. 1' from Carl Holmes that features the outstanding nosebleed funk of 'Investigations' and the crispy breaks of 'Black Bag', a must-have record.

Jazz too is a musical seam that Malachi is mining with an ear for quality—proved by the recent reissue of 'Sweetie Pie' by Stone Alliance, a deadly breaksy jazz-fusion cut from 1977. Then there's the perennial 'New Morning' from Kitty Winter, a vocal jazz fusion classic loved by dancers like Jazz-Co-Tech, and also deeper jazz like the wonderful 'Kaleidoscope' from Dave Grusin. If there were ever a track you need to play whilst driving along the French Riviera in an open-topped sports car, it would be something like this, just impossibly cool.

So here we are 5 years later and the label has an already impressive catalogue covering multiple genres, from jazz to soundtracks and funk to boogie. In many ways, Dynamite Cuts feels like a representation of UK jazz-based club culture over the last 40 years and doing it all on 45. Whether you're coming across this music for the first time or it's already deeply embedded into your soul, there is no denying the quality and breadth of the label's releases so far. And what of the future? I have no doubt that Malachi has a hit list as long as your arm, leg, the other arm and so much more than that.

Even with the current turmoil within the manufacturing process, Malachi is pressing on with the soon-to-be-released hustler's funk of 'Sport' from Lightnin' Rod and no doubt more imminent releases he's keeping schtum about for now. Yet I do know very well that the landscape is very different from what it was just a few years ago. He says, "Brexit messed everything up, everything in my business has gone up, paper up £100 on sleeves & £30 on labels, vinyl cost doubled, processing up £150 and now sales are down". This is echoed across the industry of course, but more acutely felt by labels like Dynamite Cuts who are doing it properly, which means paying royalties to artists, and of course the extra attention to detail with full-colour sleeves etc. All the while keeping the retail prices at a reasonable level (unlike the bootleggers charging ridiculous amounts for 'edits' and who don't pay a penny in royalties).

Personally, I'm very confident that Dynamite Cuts will ride out these current troubles successfully, such is the quality of music that the label deals in. The catalogue will grow beautifully with many more stone-cold classics, evergreen nuggets, must-have obscurities and bangers, total BANGERS. Dynamite Cuts is providing a service to 45s DJs at the end of the day. We should be thankful that Malachi is able to go digging into the vaults of the majors and bestow upon us must-have releases so regularly.

Oh and if you do want me to suggest some tracks, Malachi, then I'll go for 'Rated X' by Kool And The Gang for starters! And my list is also as long as my arm, my leg...etc 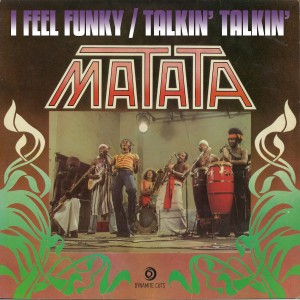 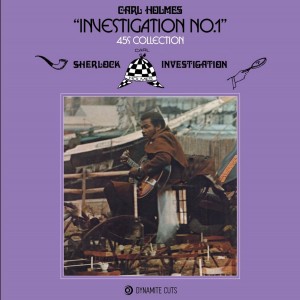 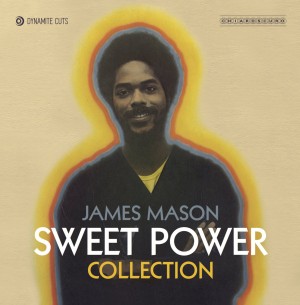