45 Live DJ Team member Aeon Seven from northern France drops his first single 'Seven Breaks' on the label, a straight up BBoy jam aimed squarely at the Dancelfoor. A driving uptempo funk/breaks joint, all written by Aeon with heavy bassline, organ riffs, badass breakdown and tasty cuts and scratches. A peak time cut that any block rockin' DJ needs in their crates!

The flip features an instrumental version plus a little 'cuts' track so can add their own flourishes if buying doubles, or for use as an intro cut before dropping the main track.

Aeon Seven is a well seasoned DJ and producer with skills in abundance, from his early productions like the amazing 'Funky Furious ep', to the series of 45's DJ mixes he's been doing recently - 'Love Beams Defender', 'Lowdown Spectrum', 'Cosmic Thrill' and 'Funk-Time Continuum' - Aeon Seven is building an archive of seriously good music, produced and mixed with soul and flair. 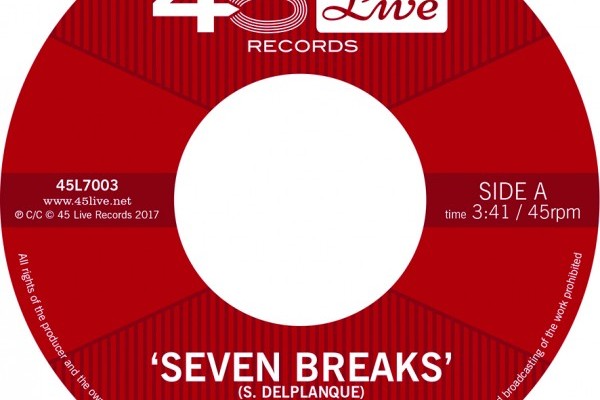 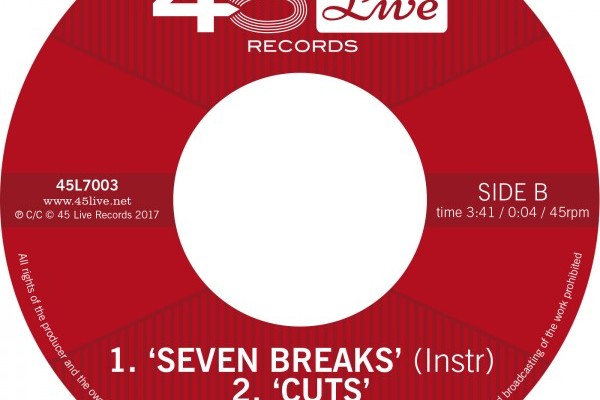