Brand new music from Andy Cooper of Ugly Duckling fame, co-produced by French hip hop head Doc TMK. Andy tackles aspects of religion here with a story of arriving in Cairo on holiday and immediately getting into a squeeze with some jihadists hell-bent on inflicting some damage upon him. But it's all good in the end, with help from a mysterious woman, he escapes! My interpretation of it is that not every 'other' is the enemy, and as such is a comment on the media, but I could be wrong. Whatever the social comment is, it rides a relentless and meditative rhythm, spiced up with middle Eastern flavour. The flip has the instrumental, which might have benefited from a little remix action, but no doubt the buyers of doubles will find useful for cutting up 2 copies. Check it... 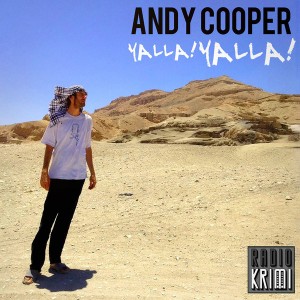