Woah, serious bit of psychedelic afro music that bridges the gap between disco and afro-funk. 'Banko Woman' is taken from the 1977 LP of the same name (one which will set you back a few fair hundred pounds for a copy in good shape), and sees the band at the top of their game. Starting out in Eastern Nigeria in 1973, they continue to this day which is no mean feat, and have released a steady flow of LPs. You might say that a fair proportion of it is a bit cheesy, at least for western ears, but here on 'Banko Woman', they indulge themselves confidently with a relentless percussive groove that seems to tame the anarchic musicianship and arrangements that a lot of Afro-Beat can suffer, or benefit from, depending on your viewpoint! The bassline in particular is so funky and drives the groove along beautifully for everything else to bounce off. As for the keys, I'm not sure what the keyboard actually is, but it produces a wicked yet quirky sound, then the percussion picks up in intensity before the heavily reverbed psychedelic guitar kicks in. All in all a killer Afro-disco nugget, first time ever on a 45. 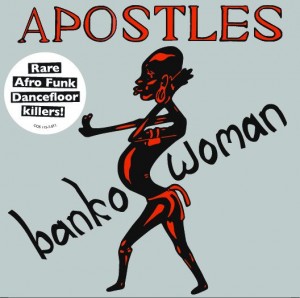 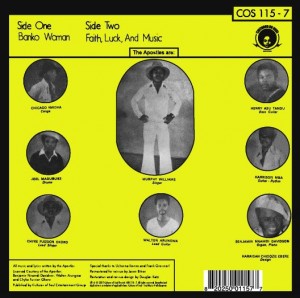