Aretha Franklin - 'One Step' (Be With)

Aretha Franklin
One Step
(Be With Records)

We were over the moon when we learned that Be With Records had plans to reissue one of the most sought after cuts from The Queen Of Soul’s vast back catalogue. 'One Step' of course gained the attention of the wider community when Mos Def’s producer on Black On Both Sides, Ayatollah, used it for the first single lifted from that LP ‘Ms Fat Booty'.

On the flip is another cut from one of Ms. Franklin’s final recording sessions at Colombia Records, 'Can’t You Just See Me'. This is her big payback moment,  unapologetically sockin' it to whoever wronged her in a previous relationship.

Not the same type game, but cut from an entirely different cloth, this is the soul queen at her finest with both tracks featured here produced by Clyde Otis. Hot step it over to Be With Records and purchase your copy today as this 45 will not stick around for long. 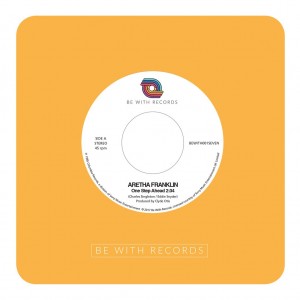