Arthur - So Close To You (BBE Music)

Arthur / Future Force
So Close To You / Reincarnation
(BBE Music)

What for you would represent the ultimate blue-eyed soul track that rivals anything you have possibly heard thus far? Something that sends shivers upon shivers to all the living molecules in the body and releases joy through every orifice?  This heat rock from Arthur is 'so close' to that sensation. 'So Close To You'  simply delivers on all fronts. On the flip, Future Force's 'Reincarnation' is another fine example of that rare groove sound that BBE have a knack of unearthing and sharing with the wider world. Beautifully crafted and what amounts to a serious contender for release of the year, both tracks are lifted from the 'Americana' compilation that is presented by The Mighty Zaf and Mark GV Taylor who put in serious work to dig out the subterranean gems that 'Americana' offer. If it wasn't for their sterling work and bionic radar senses to zone in on forgotten gems the greater public would be none the wiser.

"Seven years after their last ‘Americana‘ compilation for BBE Music, The Mighty Zaf and Mark GV Taylor present two more rare blue eyed soul cuts from across the pond: ‘So Close To You’ by Arthur, and ‘Reincarnation’ by Future Force.

Taken from his first and only solo album, 1981’s ‘Joy’, ‘So Close To You’ is a sweet, folk- tinged song written by Arthur’s guitarist Dean Devener and voiced by Maye Cavallaro. Hailing from New York, a diamond dealer by day and a bassist by night, Arthur joined his first band in ’66. He was living in the tiny community of Inverness, just North of San Francisco when he recorded ‘So Close To You’, which featured mainly local musicians from the West Marin area. “Between around 1980 and 2010, if someone told me I’d see any interest let alone money from my album, I’d have thought they were hallucinating” says Arthur. In 2010, the DJ son of a friend of Arthur’s saw an original copy of ‘Joy’ hanging on the wall of A-1 records in New York, priced at $50. Soon afterwards, compiler Mark Taylor tracked Arthur down on Facebook and the pair met in London, where by happy coincidence Arthur had a brief flight stopover. “We met Mark in a coffee place just outside security and sold him the box of records. I thought he looked like a cop, not a jazz DJ, although if you think 1950s America, the two could look the same”. Arthur returned to London in May 2019 and attended Mark’s ‘Reference Point’ party at the BBE Store, delighted to sign copies of his original ‘Joy’ LP for the regulars, and ecstatic to hear ‘So Close To You’ played in public for the first time." 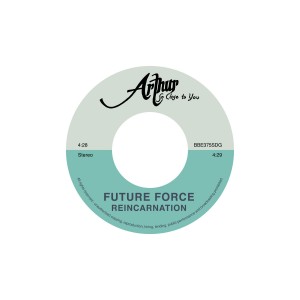