Rewind to the early 90s, the UK 'acid jazz' scene is at its height with a myriad of club nights from Penzance to Edinburgh all in search of the good (and rare) groove. It was a wonderful time in DJ culture before the internet came along a kinda ruined everything. Back then physical record stores in London, Manchester, and beyond, or dealers like Jazzman, Craig Moerer and Hot Biscuit's Jake Behnan (RIP) amongst many others were all supplying DJs with the necessary vinyl heat.

Travels had to be made, legwork needed to be put in, relationships fostered, fingers became blackened and knowledge gradually improved upon, that was the way to discover music, connect the dots and create a musical identity for yourself as a DJ. And out of that a nationwide 'scene' evolved that saw DJs traverse the country from north to south and east to west, spreading the news of their latest dig to fellow DJs, and of course, delighting the eager dancefloors around the country.

Black Heat is a band that, for me, represents all of this. If I can remember correctly, my first connection with them was from the cut 'The Jungle' from one of the many bootleg compilation LPs scored in London at the time that were, (despite the illegality of them), excellent sources of discovering new (old) artists. It's beyond doubt that I went on to buy so many OG albums and 45s this way, as well as the valuable relationships you built with people in shops who would, after some time, get to know what kind of groove you'd go for.

So it was likely not long after hearing 'The Jungle' that I scored Black Heat's self-titled 1st album of which these 2 tracks are taken from (and no doubt quickly followed by the 2nd LP and BBoy belter 'No Time To Burn'). It's a monster album too, packed with that sweet 70s funk fusion of which 'The Jungle' is just one standout moment. So here for the first time, the A-side 'Wanaoh' is pressed to 45, that's almost 50 years late, but whatever! It's a phenomenal groove, with a sumptuous arrangement of soul, jazz, and funk packed with spectacular instrumentation. The flute part, in particular, is top drawer and leads the song into its absolutely pumping 2nd half, where the groove doesn't let up, forever driving forward for the horns to solo upon. Quite simply, a KILLER tune!

The B side ain't too shabby either as the harmonica-driven 'Chip's Funk' gets another issue to 45. This is the kind of rock/funk that the likes of Howard Wales & Jerry Garcia were making, a kind of universal groove that might appeal to 70s bikers and surfers alike, picking up the funk soul brothers and sisters along the way.

I am very impressed with Matasuna's direction right now, releasing a wonderfully eclectic mix of old and new music, forgotten classics, and soon-to-be essentials for a new generation. 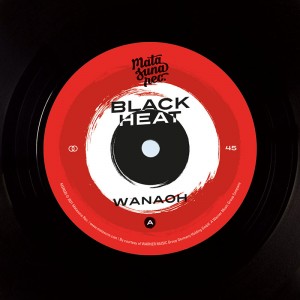 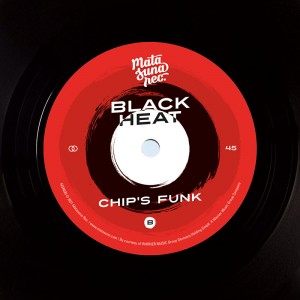