Bristol's favourite BBoy Boca 45 has seen fit lay a double dose of 2020 Donuts on everyone. This incredibly popular series of block rocker party joints which saw 5 rekkids last year and now another 5 this year have seen Boca flex his production muscles over a wide variety of beats and styles, and joined forces with an impressive array of collaborators for that extra pazazz. Kicking off with 'Take You Higher', a jerky percussive workout with some proto hip hop vibes (Steinski springs to mind?), solid DJ tool bizniz, an in-the-mix piece of vinyl ordnance to add to the armoury. Meanwhile 'Party Rockers' featuring Ash The Author on Donut no. 5 is the unmistakable sound of Boca, whether that be on production duties or in the middle of one of his blistering DJ sets, upfront beats with attitude and wordsmith Ash dropping some class UK flavour, it's a match that I predict will bear more fruits in the future.

All of Boca's donut series have sold out and I have no doubt these won't be any different, you know what to do. 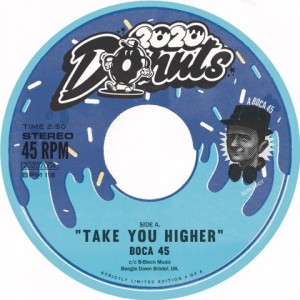 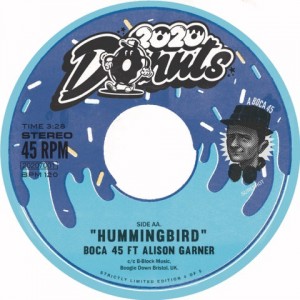 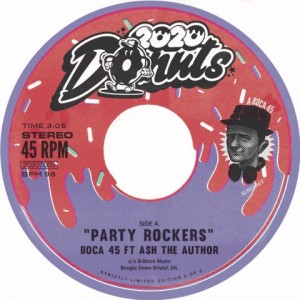