What happens when you distill 20 odd years of high octane DJing and music production? You get Boca's Club Donuts, that's what. Boca 45 aka Scott Hendy is about to unleash volume 3 (of 5) of his incredibly popular Club Donut series and yet again this is a double A side club banger, and the aim of this series is exactly that, bangers. The kind of tracks where DJ's say 'damn, I need that', which isn't at all surprising. Scott has immersered himself in the the classic cut-and-paste ethic, producing 100% dancefloor cuts with the kind of grit, soul and swing that's missing from many of what's termed 'funky breaks' records. Scott has hip hop pedigree in bucket loads, and you can hear his influences in this series with the kind of musical references and productions styles from classic late 80's and early 90's records that we all love so much. If you were to play all 5 volumes (I've heard the others, woah!), both sides, back-to-back, it would be like one of Scott's blisteringly funky, eclectic and energetic DJ sets! To put it succinctly, this 45 needs to be in your crates.

A note of of caution, this series is strictly limited to 300 signed and numbered copies of each volume, with Vols. 1 & 2 are already changing hands for ££ which illustrates the crazy demand. You will have to act super fast when it drops on 1st June on Boca's bigcartel page, or a week later when Juno recieves its limited stock. 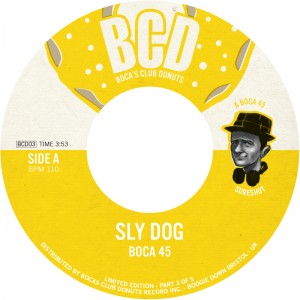 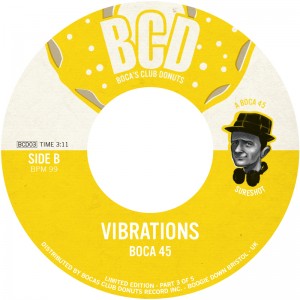