With a glut of new releases hitting the racks this season this new Bosq banger entitled 'C'est Quoi, C'est Quoi' is right on the money when it comes to dancefloor appeal. Once again the producer teams up with vocalist Pat Kalla and the duo deliver an upfront disco smash complete with fiery horns stabs, a seriously obese percussion section and a disco hook we'll be chanting in unison this summer, mark my words. Want a record that will become the ultimate summertime secret weapon for you DJs? Then look no further than 'C'est Quoi, C'est Quoi'. Out now via Juno on Bacalao Records. 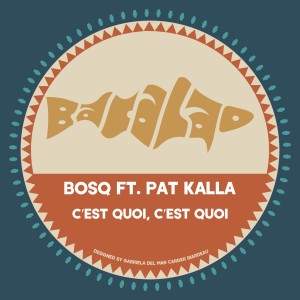