The mighty Matasuna Records label have cherry-picked two reworks for their first release of the year and they've invited Brownout and Jungle Fire to the party. It's fair to say that both acts bring their own brand of funk to proceedings that leave us yearning for the sweaty rawkus club full of eager b-boys and b-girls. First up is German DJ and producer David Hanke also known as Renegades Of Jazz and his remix of Brownout's 'Flaximus'.  The track features top drawer upfront horn stabs with a b-boy undercurrent that will surely make waves on radio and particularly on the club circuit. This remix first caught the attention of us here at 45 Live back in 2013 when a super limited forty-five was released through Paris DJs. Thanks to Matasuna it is now available to a wider audience. Over on the flip, Renegades of Jazz again take charge and turns 'Comencemos'  into a sureshot afro-funk heat rock that is sure to work well on the dancefloor when the world gets back on it's feet.

Out now on Matasuna Records. Head over to the KUDOS page to secure your copy today. 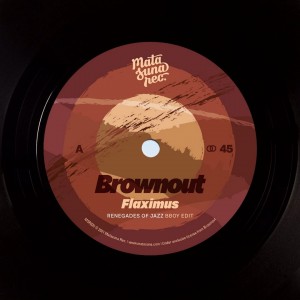 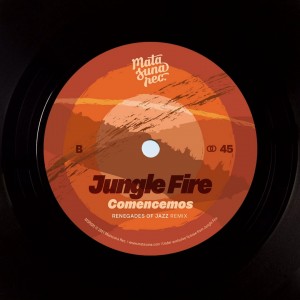