DNA Records is proud to present a Cambodian reggae 7” release to showcase some of the talent from this wonderful country and the power that Jamaican music has around the globe.

DUB ADDICTION - Founded in the tropical heat of Cambodia's capital Phnom Penh in 2011 by Sebastien Adnot and Jan Mueller (AKA Professor Kinski), Dub Addiction features a combination of Cambodian, French, German and Nigerian members. They quickly captured the hearts of local Cambodians and Western expats in a beat.

Cambodian national and vocalist, toaster DJ Khla, is a political activist and is now living in exile in Europe after having fled his country because of military pressure on him and his family. He was able to escape Cambodia while on tour with Dub Addiction in Denmark.

Their fusion of reggae combined with traditional Cambodian instruments like tro (violin), chapey (traditional Cambodian string instrument) and Roneat (xylophone), along with the toasting of Cambodian vocalists DJ Khla (Nhem Palla), MC Curly (Kosal Dang) and a variety of traditional female vocalists and international MCs creates a very unique blend. After all, though South-East Asia and The Caribbean might be far apart on the map, they both get light from one sun.

VIBRATONE - Also a multinational reggae band with members from Cambodia, France, The Philippines, and Brazil, Vibratone formed in Phnom Penh in 2013 with one aim: No cover songs, strictly original creations. With insightful lyrics, they embracing true roots to new roots reggae…with a touch of blues and soul thrown inna di mix! Text edited by Brian Offenther. 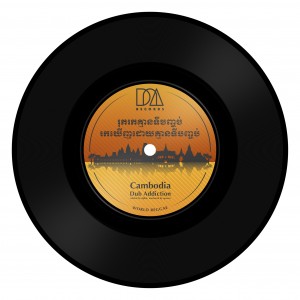 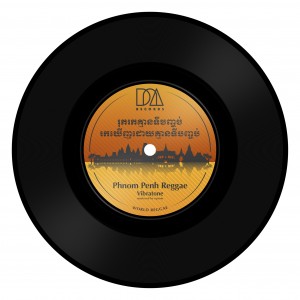