You know when someone loops the first 4 bars of an intro of a classic funk/disco track, calls it a remix and sits back waiting for the plaudits to roll in for their 'work'? Well, they will be waiting for a long time, at least round here. Whatever your opinion is of edits, bootlegs, cheeky ltd edition runs of vinyl only 45s or indeed the countless tracks available on SoundCloud, there are those who are basically lazy and others who put in the time to actually create something with artistic merit. Let's face facts here, before the lawyers got involved the foundations of Hip Hop were built by borrowing sounds to create something new, and we are forever grateful that this period of time existed, sampling is one of the greatest artforms to have ever evolved. And in doing so completely changed the direction of how music was made. Bootleggers can 'do one', lazy loopers can 'do one', but there will always be a place for creative producers/artists/musicians that borrow beats/brush strokes/riffs in the pursuit of a new creation. That's basically how ALL the arts progress.

Anyways, that's enough of that. There's also the 'fun' element to consider, '3 Feet High And Rising', one of the greatest ever examples of sampling was also great fun. Which brings me onto the amusingly named Cannon & Mirrorball, now I'm not suggesting that this little 45 is on a par with one of the greatest hip hop LPs of all time, that would be ridiculous. This is just a polished good times 45, beautifully constructed with an awareness of someone that understands music history and whose keen ear can collate and massage sounds into something, well, funky as hell. 100% party vibes, both sides, with the B side winning for me (always the B side!). Absolutely any freestyle DJ is going to want to pack this weapon to fire up the dancefloor, I love it! Dropping on 16th September. 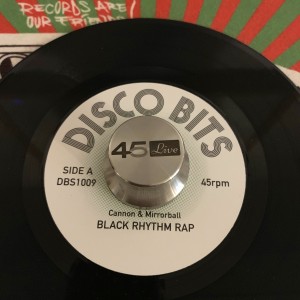 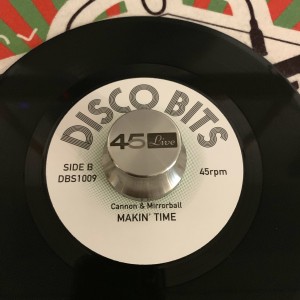