Chrome - Go! (No Half Steppin)

Chrome
A: Go!
B: A Remixed Introduction To Cuttin
(No Half Steppin)

Cast your mind back to Febuary 2019 when we shone a light on producer and emcee Chrome's 'Dopamine Hit' forty-five and subsequently watched in the wings as it blew up the spot and became a favourite of so many 45 spinners and tastemakers. The while has been waited for the follow up seven but it's been worth the wait we're sure you'll agree.  We join Chrome at the finish line as he leaves other producers eatin' dust somewhere on the horizon. The one man wreckin' machine once again returns with a surefire jump starter in 'Go!' complete with so-so-def scratches and upfront raps to complement the production from Chrome.  On the flip, 'A Remixed Introduction To Cuttin', he assembles some classic breaks, some more def scratches and some clever wordplay for a funky DJ track that will leave you wondering what else can he bring to the table? Let's hope we get the answer to that question sooner rather than later. Chrome once again delivers on his quest for easing lockdown tensions and brightening up the world's isolated existance. For that we are truly thankful.

Available on the No Half Steppin' record label and strictly limited to 250 copies, head to Juno or Bandcamp after the stream to secure your copy before it sells out. 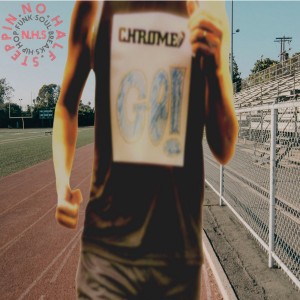