Always a great thing when you go to a city that has the best record shops of any city that you know. And I was lucky enough for this to happen recently. A tour of the US had been sorted for me in October 2014 with a couple of Canada shows tagged on the end. All seemed good until about 5 weeks before the flight out to the US when I enquired to my tour agent what had happened about the work visa. Well, nothing had happened about the work visa (and I wasn't going to the US to do a full on tour, which would have been all over the internet, without a US work visa - Being banned from entering a country with greatest supply of 45's in the world was not up there with the best of ideas for me).

Of course, the Canadian visa that used to be the hardest to sort out, was now the easiest to sort out so those dates at the end were still do-able. Now I should add here that I had intended to stay with my friend for a couple of days in the holy grail of 45 digging (for me), Pittsburgh, after a show there. Now the US tour was not happening, but I still fancied those days of digging so I decided to cash in my air miles and fly to Pittsburgh, then onto Canada then back home, 2 days of heavy digging, 2 gigs in Canada and back home so that's what I did (I wasn't sure how the US customs would be with me breezing through with a bag of 45's, and some 12"s - for doubling up some Hip Hop), but hey I was OK - I wasn't actually working in the US, but these US customs guys can get pretty heavy. Anyway, all was OK. I breezed in', my mate picked me up and a got some kip. All was looking good.

Next day I had to make an important decision - 'Jerry's' or 'The Attic'. I only had 8 hours on each day in Pittsburgh (then an early flight to Toronto). I figured I needed to hit The Attic first (I was, at the time, still doing Madame Jo Jo's every Week - Not any more!) so needed 50's R&B, Rockabilly, Tittyshakers & Northern Soul (though Northern Soul was getting harder & harder to get anywhere in the US these days it seemed). The last time I had been to the Attic (some 5 years before) I had started at the 'A' section and got to about the 'R' section so this time it seemed logical to start at 'Z' and work backwards.

I would say within the first 10 - 15 tunes in this alphabetical reverse mode I had something I liked. Probably the 3rd or 4th that I had played on the 'Soundburger' portable turntable that goes with me whenever I'm digging (I usually clear the use of this with the owner of the record shop, but in general the rule seems to be dependant on the condition of the records - If they are all mint then he won't believe you when you say 'It's a brand new stylus'!). So the next eight hours was spent in 'The Attic', although the owner had informed me of the 'Rare Box', which I put off until into the final hour (I'm not so much into 'rare', more into 'good'.)

The next day was Jerry's!. Now Jerry's is huge (and he has another warehouse full which is just as big so I'm told). I had a quick look at the disco & rap 12"s (Jerry himself said he had had a big load in and they were all $5.00 a piece - I had a quick scan, picked up 3 or 4 for my 'Reach Up' disco night but after about 30 mins I knew I had to head to the back of the store where the 45 action was. As I got there I noticed a whole new room that wasn't there before (It has to be said that the back of Jerry's was probably the largest amount of 45's I had ever seen under one roof 5 years ago - Now there was another room!).

So, the Soundburger was set up on the table that was still there from 5 years ago and off we go. Now I made a bit on an error in the first hour in that I thought I would take random boxes from this new room and see what was in there. A couple of things turned up but it wasn't as good as last time. So after the hour I sought out the boxes of randoms yet to be filed into the alphabetical boxes (now this makes sense - up until this point I was wading through multiple copies of the same tune - great if it was a good piece, but a waste of time if it wasn't)!

So from then on the best 7 hours of digging I had had probably done since the last time I had been here, only possibly bettered by New Orleans in 1995 (everything was 20 cents in that store). My friend came in and picked me up 30 mins before close up time (he wanted to have a look at some records as well), and that was it, onto a bar for beers, met up with another guy I know. played some old school video games (even found my favourite old school game 'Defender' but the reverse button didn't work so it was kind of pointless, but hey ho!) and off to Toronto on the 7.20 am flight. Records were to be found in Toronto & Montreal (straight from airport to record fair in Toronto!) but thats another story. 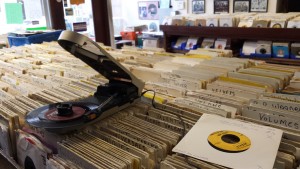 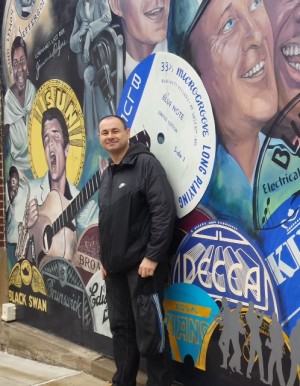 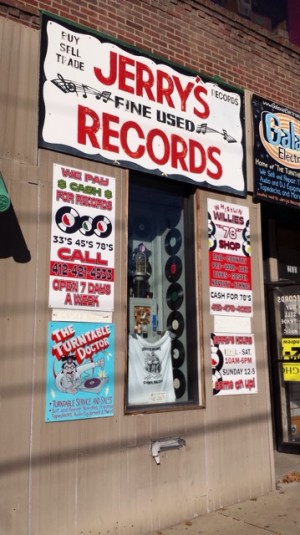