I'm not sure I know anyone as talented as Matt Format when it comes to diggin' / producing / DJing, he personifies what it means to indulge in, nay, steadfastly commit to this endeavour with every fibre in his body and mind. In all my years in this game, Matt has been there, coming up with the goods time after time after time with super-heavy heavyweight productions, spectacular live shows and countless DJ sets that leave jaws dropping and dancefloors sweating. He really is a national treasure. So, for quite some time, Matt has been holed up in his studio producing a highly anticipated instrumental LP, one where he is likely to explore musical themes like he's never done before, not concerned with 'dancefloors' or creating backing for rappers, this album, I predict, will be a tour-de-force. But I digress as what we have here is a 45 with 2 dancefloor burners not taken from said LP. Maybe he needed to get some funked-up juices out of his system as a breather from the sonic depths and exploration he's likely navigating with the album? The A-side here 'Saturday Night Theme' could well be an extension of the LP project as the pallet of sounds are very wide-ranging, fusing sounds of the orient, Turkey, gritty R&B and funk into a midtempo stepper, and what a journey it is. But for me (yes you guessed it), the sizzling heat resides on the B side. 'Freak Show' ups the tempo to 116bpm and is pure fire. Fuzzy BBoy breaks, wah-wah and some gorgeous flute action that lifts it up beautifully. Add in some organ solo, proud horns and tough breaks and you have a masterclass in sample-based production that will take up permanent residence in DJs play boxes for years to come. There are no dry formulaic results here, Matt, as with all his efforts, manages to capture plenty of soul and feeling. It's a 'looseness' that puts him above and beyond most people, and that is a natural ability that can't be taught. Want to be inspired? Look no further. 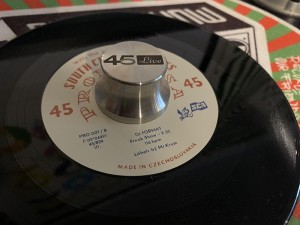 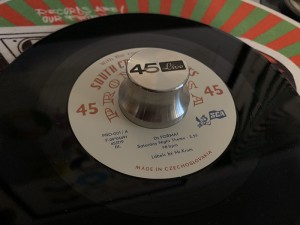