We usher in a new year here at 45 Live with a double dose of goodness from our man in Le Havre producer Djar One who by way of Brazil lavishes us with the choice cuts on forty-five on his Beats House label. We're no stranger to this man's ever expanding catalogue of music he has created over the last few years and on this release he raises his game once more on two dancefloor cuts. On 'Eu Bebo Sim'  we are treated to a charming upbeat Brazilian-tinged track which bears all the hallmarks of a Djar One production with some clever sampling and those inhouse Beats House drums we so love. On the flip 'Marraio' we bask in another uptempo cut complete with some hand picked Brazilian vocals and another visit to the Beats House drum toolkit for that big drum sound. Heavy!

Reworked, mixed and mastered by Djar One at Beats House Studio, Le Havre during one of his productive lockdown spurts it's presented to us now in translucent green or black. Head to the Beats House Bandcamp for the flavour. 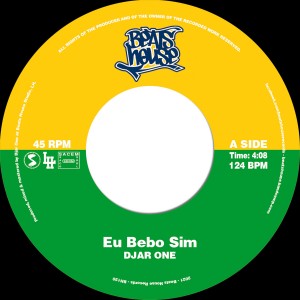