Djar One 'The Get Down feat. Andy Cooper' (Beats House)

OK, this isn't out until September, but the Soundcloud preview is up now, and quite frankly it needs to be bookmarked. Djar One's 5th release and the best yet (in my opinion). 'The Get Down' is an absolutely corker... super funky party rockin' up-tempo hip hop laced with a bucket of funk and completed by a bumpin' quick fire delivery from Ugly Duckling's Andy Cooper, total FIRE. The flip sees a blunted hip hop joint in 'My World' with Japanese MC RYT from the world-famous Serpat Crew, shades of Lightheaded on this, which ain't no bad thing, a strong and complimentary B side to make this a must-have 45. There will be 300 copies available come September, so make a note in your diary and be ready to pounce.

Pre-orders available NOW, act fast as they are being snapped up: beatshouse.bandcamp.com/album/the-get-down-my-world-45 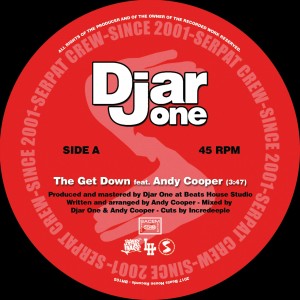 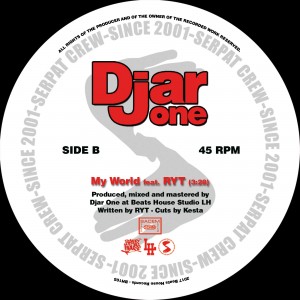