With a late flurry of end of year charts, reviews and highlights, it’s easy to get side-tracked and avoid shining a light on what the current crop are bringing to the table in the final few days of the year. Case in point is this clutch of reworks from DJ DSK on this his third release in the 'DNA Edits' series.

First up we have the instant classic Salsoul cut that will do nothing but root your audience to the dancefloor. A favourite here at 45 Live and now with DJ friendly drum break elongation action in all the right spots thanks to China based producer DJ DSK. This ain’t no game and DSK means business.

On the flip, the tempo is dropped down on a notch on this effervescent Imagine favourite ‘Just An Illusion’. Feel the realness on the DJ DSK edit though as he sets to task on bringing this 80’s anthem bang up to date as we enter the turn of the year.

DJ DSK rewrites the 2019 wrap up lists as he bumrushes end of year lists by tastemakers and influencers worldwide. We suggest you waste no more time and head straight over to the Bandcamp page to secure your copy today. 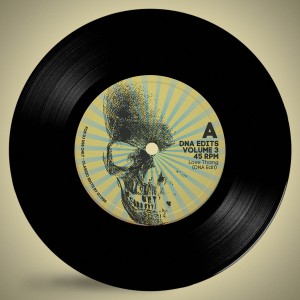