It's time to reap the harvest as the latest succulent seven from the Fresh Pressings crate keeps the hip hop hunger at arm's length. This week's special is from Bushwick native producer and emcee Godfather Don. Fresh Pressings unearth a long sought after test pressing twelve from '97 entitled 'Status'. It's the original demo version excavated from Don's studio basement that initiates the initial head nod. Flip over the 45 for a brand new Jazz Spastics remix that has us pulling all kinds of shapes. Another Diggers With Gratitude sure shot from the Lyricist Lounge lounger!

Strictly limited to 350 copies and with so many DJ's buying the double pack it's probably realistic to say that there's 175 available. The 45 is now available to pre order via the Fresh Pressings website. 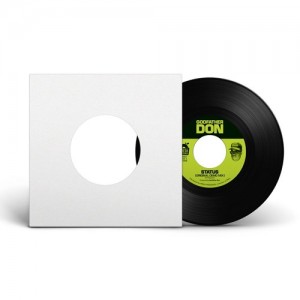