Greg Belson's top 10 45s of 2017
The 45 Live Radio Show's main man gives us a run down of his favourite 7s that dropped in 2017.
Perfectly capturing Greg's eclectic tastes that sees him curate not only the 45 Live Radio Show, but also The Divine Chord and TimeLess radio shows. A master digger with impeccable taste and commitment to music that is second to none.

1. Will Sessions feat. Amp Fiddler – Seven Mile (Sessions Sounds) 7”
From the opening drum fill, chord drop and piano stabs, you know you're in for something special. Released in January, it set the bar ridiculously high for the year to come. The instrumental backing from the Detroit funk force Will Sessions woulda propelled this cut into my chart alone....add to that the immaculate vocal of one Mr Amp Fiddler and you've got a serious hit of wonderful, superb, perfectly produced soul. As sure fire a killer cut that I've ever heard, 'Seven Mile' is the glistening cherry of the very sweet cake of 2017. And for added blissfulness, when they played this live at Adrian Gibson's Funk Weekender, complete ensemble presiding, I won't lie....there were tears. Amazing music!

2. Chris Read & Pugs Atomz – You (BBE/Dinked) 7”
A coupla years ago, if somebody woulda said i'll have a hiphop tune in my top 3 choices of the year, I probably wouldn't have believed you. It's actually made me smile to realize that bubblin' away in the underground, there's still some proper freshness being created. Cue, this stunner from Chris Read & Pugs Atomz. I can't help but hear the nods to the 90's from the likes of Main Source, Divine Styler, UMC's and even Daisy Age De La....that doesn't really do this track the right kinda justice. Kickin' jazz chords, street beats and a Tribal Jungle Brother-esque style delivery, this 45 is breathing new life into the genre that started it all for me, way back when.

3. Trailer Limon – Love Don’t Pay The Bills (ABC) 7”
A honeydrippin' funker out of Austin Texas, from those talented fellows at ABC. If you're not dancin' proper to this cut, then you're finger snappin' whilst sippin' on your Courvoisier. Smooth beats with a deceptively tough vocal performance. Should be a future classic if there's any justice in this world. Facemelt set for the win!

4. Flying Stars of Brooklyn, NY – Live On (Colemine Devotional Series) 7”
Phenomenal double sider that's tough to decide which side shines brightest...the production is so on point, it's ridiculous. I'll nominate this cut for the tender delivery, tough as nails drums, exquisite hammond chords. A diamond disc and a perfect base for Colemine to launch their Devotional Series.

5. Lovebirds – Icarus (Tall Black Guy Remix) (Razor n Tape) 7”
I've been a lil' slow on the uptake with the work of Terrell Wallace aka Tall Black Guy....ploughing through his material in 2017 has been a joy. He has an absolute honey dripping soulful style to his production, perfectly captured in this remix released on Record Store Day. Sublime business.

6. Paul Blackford – Necessary Evil (Central Processing Unit) 7”
Here's a perfect exercize in modern day beat making, combining razor sharp drums (check out those hi hats!) with fluffy chords and dreamscaped melodies. A boss inclusion for my Time-Less & Ambient Beat Farm series, this is one 45 that will continue to be a personal ear worm long into the future. Beatific beauty, right here.

7. DJ Format & Abdominal – Diamond hammer (Rocafort) 7”
So, so refreshing to hear some proper hiphop still getting made in the now. Big no nonsense beats, produced to within an inch of their lives....a lyrical flow to rival any MC, and a boss scratch breakdown to bring it on home. It's like vintage Tuff Crew on steroids. Play atcha club....heads will explode.

8. Aeon Seven – Seven breaks (45 Live) 7”
Boss big bruiser beats to heavy up any dance. Aimed squarely at the B-boys and girls, this'll whip up your dancefloor, serving your crowd rightly. A monster, possibly soon to be classic from the early days of the 45 Live label? Time will most certainly tell!

10. Smith & the Honey Badgers – King Cobra (FNR) 7”
Stone cold funk from this consistently strong label. Frank Raines is building up one amazing catalog and with releases like this, there's no sign of lettin' up. A proper monster from the midwest.....tough as nails. 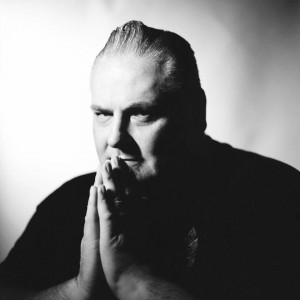