What does a vinyl DJ value apart from those precious slabs of wax? The answer is the protection of those precious slabs of wax when in transit to and from the club, thrift shop or flea market. Well now for HHV Records 20th Anniversary they have joined forces with UDG to create the HHV x UDG Ultimate 7" SlingBag 60 (HHV 20 Years Edition) and put to bed any indecisiveness surrounding ideas for the perfect gift this yuletide for 45 vinyl fiends.

HHV with their Boom Bap 45s series have put out some super heavyweight rap tracks that on their initial run where only available on a twelve inch format but now thanks to HHV a 45 exists. They have now upped the ante and created a bag alongside UDG to house those Boom Bap bangers. Made of water resistant Ballistic Nylon 1680D and manufactured in Germany, the bag is strong enough to resist tears, scuffs and abrasions that come with the territory when digging in the most adventurous locations or navigating the notorious clubs in some far flung spots thanks to the special soft fleeced lining. It can hold up to 60 forty fives, so you’re good for a two hour club set or a fruitful dig at the out of town market. Other features include a handy interior mesh pocket for USB drives, SD cards and small accessories as well as a small front pocket for adaptors and headshell cases.

At a price that won’t break the bank, this bag will not only get you from A to B with your seven inches, you can do it in style and still have cash for those records on your ever expanding want list. 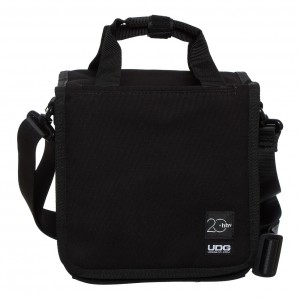 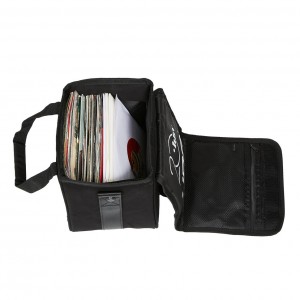 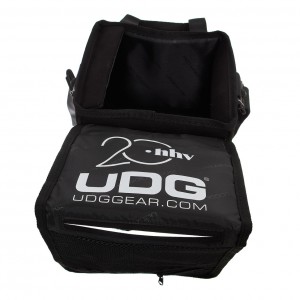