The working title of Honeyfeet’s debut offering  for Wah Wah 45s, Sinner, was in fact Boingy Squelch . But the Manchester band got together and had a rethink and settled on Sinner. The menacing title is more in keeping with what the track sounds like. Because Sinner is neither bouncy nor stifled. It’s a sasquatch feet pounding powerhouse of a track. Led by an ex-Armagh Pipers Club songstress  in Ríoghnach Connolly, it’s a far cry from the Irish trad roots of Connolly’s upbringing. From the  opening stabs from trombonist Biff Roxby’s gob, Sinner is a big dirty unshackled ‘eff off’ to the traditional role of the woman in the home. It has certainly whet our apetite's of what’s to come from Wah Wah 45s latest signing. We wait with bated breath. 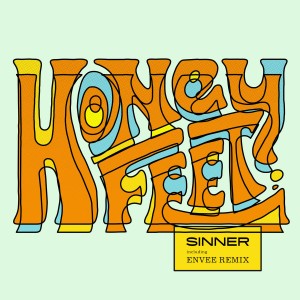