Penelope Socola, aka Ikah, has plyed her trade out of her home country Spain, since the release of her debut LP 'Calma' in 2006. Her second album 'Buenas Intenciones' followed shortly after in 2009. Here, 'Ikah' starts a new chapter of her career as part of the beats ensemble 'Ikha Moon', and man, it's a doozy of a release.

'Sista' is a gloriously delicate cut, underpinned with a weighty, sparse production....it positively drips honeybaked soul. 'La Tarara' keeps the production aesthetic in place, whilst injecting just a touch of the funk. This will be contender for Best 45 of 2019 come December time....watch this space for the 45 Live Los Angeles charts at the end of the year. 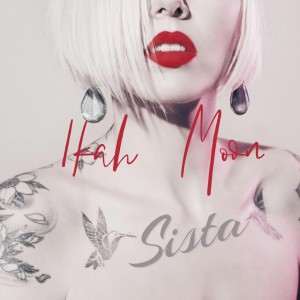