When one of your peers suggests that hip hop is dead perhaps the backpack straps around their shoulders is so tight the blood flow to the brain is not so much a flow as an intermittent trickle. Something that will send a tsunami of much needed oxegenated claret to the cerebellum is the new offering from the Soundsci crew. Jack Jones (aka Audessey) has his turn to shine with Acatcalledfritz and 45 Live's Ollie Teeba on production. If you are familiar with what Soundsci has offered up so far then this one follows a similar head nodding trajectory. Available to purchase now via Structures Built Records. 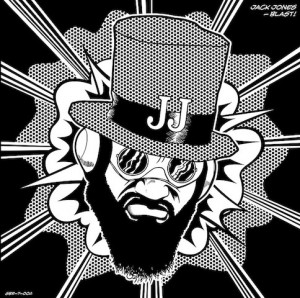