Jorun Bombay
A: Expansions
B: All That Jazz
(Black Buffalo)

Halifax is rarely described as the epicentre of hip hop and b-boy culture but in Jorun Bombay they have within their midst one of the scene’s true school ambassadors. That is indeed something to celebrate and here’s why: This producer has been on the headz radar for quite some time and has been consistent in his output for like-minded independent labels like Soundweight Records in the U.K. and of course Halifax indie heroes Black Buffalo Records. The latter having released three of his 45s since it started up in 2016, debuting with Jorun’s ‘Fliplights’. With their fourth collaboration with the producer, we are treated to his take of a jazz funk staple from Lonnie Liston Smith. Flip it over and let Stet take the reigns with Jorun Bombay embellishing on the original Prince Paul production. Let the partnership of this producer and label live on! We are all ears. 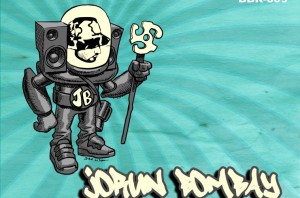