Keleketla! 'Future Toyi Toyi' (Ahead of Our Time)

Never ones to shy away from challenging the norms, Coldcut's new musical adventure is a journey that is as expansive as it is impressive, an exploration that encompasses a vast array musical artistry from around the world yet is firmly rooted and grown in South Africa. How is a project that is so wide in scope seeded and subsequently evolve? This from the label "It all started with Johannesburg’s Keleketla! Library, an independent library and media arts initiative, stocked since its 2008 inception with donated items from the local community. Run by artists and musicians Rangoato Hlasane and Malose Malahlela, they met Ruth Daniels of the charity In Place of War (where a portion of the proceeds from the record will go to) who asked who they would choose for a musical collaboration with South African artists. Ra and Malose named Coldcut. The UK duo responded to the invitation to make a trip to South Africa for the recording sessions (supported by the British Council) and so the story started to grow." This must have been an exciting invitation, and so Matt and Jon headed out to South Africa and to Soweto’s Trackside Studios where the first recordings took place, and from there on Coldcut would bring in further contributions from the likes of Tony Allen, Antibalas and many more.

On this 7", we get alternate versions of 2 tracks that are not on the LP. The A-side ‘Future Toyi Toyi’ features a recording Black and More made of hip-hop activists Soundz of the South, singing a revolutionary chant which they mixed with a gqom track by Durban producer DJ Mabheko, and on the flip the deep dub flavoured 'Crystallise (Hip Hop Edit)' featuring Yugen Blakrok, both cuts fresh, both excellent.

Greb the single whilst you can, and look out for the full LP, it'll be one of those that is as much an education as it is a musical treat. 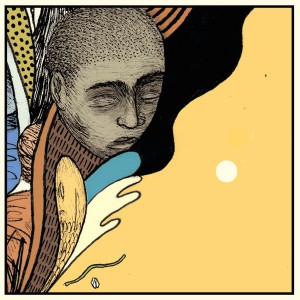