A side: Money Gone (vinyl edit)

B side: Money Gone (Smoove remix)

‘Money Gone’ has been championed by Craig Charles on his Funk and Soul show (BBC Radio 6Music). Craig has played the Smoove remix several times, including for his ‘best of 2015’ show, calling it “a revelation!”

This is a limited run of 200 numbered copies, so don’t hang about! 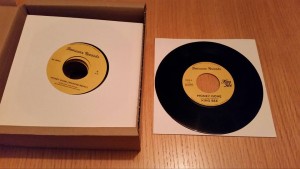