Film maker and collector Mark Kotlinski unearthed an obscure 10" acetate at a store many years ago, paying just 29c for it, and when 'Let Your Mind Take The Place of Your Body - Parts I & II' jumped out the speakers, his mind was rightly blown! This record and another - 'Silver Black Summer Day' - were released on 45 in the early 70s, and for one reason and another fell into obscurity. The OGs became sought after rarities commanding big money, but also made it on to some compilation albums in the 90s. Now after all these years Mark decided to track down band leader Christopher 'Strangelove' Spraggins and filmed the meeting, what follows is heart warming and wonderful to see.

The 2 45s have also been repressed in all their rough, rugged and raw funk beauty. 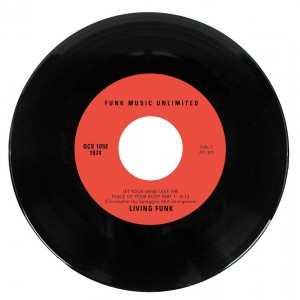