This just landed - long in production (over a year apparently) and beautifully conceived - the first release from Drummetrics, a collective who count Gaslamp Killer and Malcolm Catto amongst them. This die cut triangular 45 holds three heavy and raw as you like drum tracks and two lock grooves on it's Op-Art emblazoned plastic. Arriving with no text or info aside from the disc, a screenprinted insert and a triangular sleeve it's from the same house as the fabled MRR-ADM 10" of yore. Limited to 300 copies and sold out in 3 days it's currently demanding ridiculous prices on the secondary market. Check out Drummetrics' website for more info and catch the next release when it drops. http://www.drumetrics.com/ 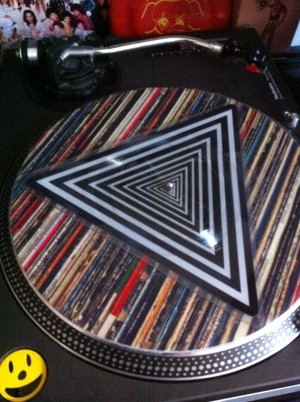 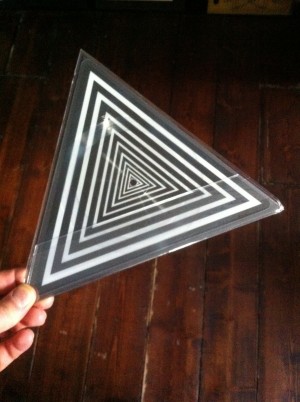 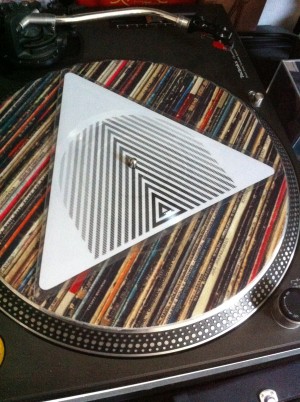