It’s time to wrap your noggin around Naked Ape Record’s latest 45 from Ireland’s Rí-Rá. Lifted from his ‘Horses Work For Donkeys Wages’ LP, the apocalyptic vocal delivery on both ‘Put A Wobble In Your Cerrebellum’ and the previously unreleased ‘Pop Idle’ is on point, but we should expect nothing less from an MC who has been honing his craft way before the Celtic Tiger sharpened it’s claws. However the energy and enthusiasm displayed here suggest he’s about to take the stage to stomp the boards of Barnstormers with his former group Scary Éire for the very first time. This Tullamore native shows no signs of slowing down. If anything, he’s accelerating at a tremendous pace with a full tank, with the competition left for dust in the rear view. Available now via Naked Ape. 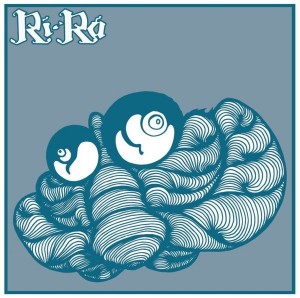