Absolute beast of a rekkid from way back in 2009 gets a re-release and onto 7" wax for the first time. I for one remember when this first came out, it was a MONSTER hit on the dancefloors I was playing at the time.

The A-side 'Computers Singing' is a top drawer cut-n-paste BBoy grizzly bear of a tune, once it gets its claws into you you'll be left in shreds. The energy in this is off the scale, it's similar to what Major Force was doing out of Japan, yet this is born out of Isreal and from within the camp of The Apples. On the B side fellow Israeli psyche-funk supremo, Marky Funk gets his mitts on the mixing desk and transforms it into more of 'track' than a sample-based BBoy jam, and does it with so much panache.

TBH, there's no point trying to talk this 45 up, as it really doesn't need talking up, press play is all you need to do. But to be especially clear, if crunchy psyche breakbeat cut-n-paste dancefloor monsters are your bag, then this ticks all the boxes and then some.

This baby will take up permanent residence in my play crates for sure. Essential. 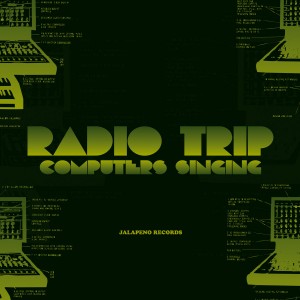