RAMP
A: The Old One Two
B: Paint Me Any Color
Luv N' Haight

Well now here's a real treat for the ears that deserves your undivided attention. The Roy Ayers produced RAMP project released the classic 'Come Into Knowledge' album in 1977 but what we're here to talk about today are two previous unreleased tracks from the era that were recently found on a cassette demo that the band had recorded that were destined for the incinerator. It's crazy to think that this release nearly never happened but step forward Luv N' Haight Records to save the day as they quickly got to work mastering and eqing both tracks for maximum sonic effect.

"The Old One, Two" is a cover of a Roy Ayers track (written by Ayers, William Allen and Edwin Birdsong and originally released on the Roy Ayers album 'A Tear To A Smile'.) The RAMP version is punchier than the Roy Ayers release. Powered by a nasty bass line the tune transcends music eras sounding just as contemporary as it did in 1977 and is destined to be a DJ favorite. On the flipside is the boogie tune "Paint Me Any Color," also written and produced by Roy Ayers but never recorded by anyone else. These Roy Ayers productions foreshadowed his classic releases to come on the Uno Melodic label from acts like The Eighties Ladies and Ethel Beatty.

Housed in a full colour sleeve you can now buy the record from Juno. 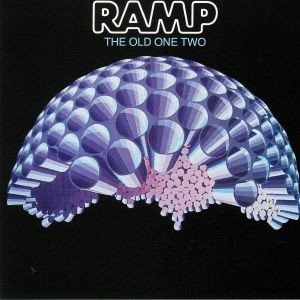