Let it feel like Mardi Gras every day with this heavy dose of feel good funk from New Orlean's Rebirth Brass Band. "I Like It Like That" and "Do It Again" are both lifted from the Grammy-Award winning album "Rebirth Of New Orleans". The group have been major players in the brass band revival scene for over 30 years and on both tracks you get the impression they're just getting started, such is the positive energy they exude.

This 45 is now available and strictly limited to 500 copies on blue vinyl from the Super Jock Records Bandcamp page. 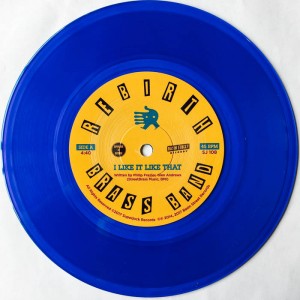