When Austrian label Little Beat More ring us up and during the conversation point us in the direction of music to listen to we usually get to that point before they've even had a chance to finish the sentence, leaving them hanging on the other end of the phone. And so it went with the release of Restless Leg Syndrome's fruitful number 'Ya Nass' which bears all the hallmarks of another hip hop heat rock to turn heads and leave the girls and boys bumrushing the DJ booth. Some teflon coated beats and razor shard scratching is underpinned by a barmy Lebanese sample. I mean, what is not to love about 'Ya Nass'? I mean really?  There are so many elements at play here that gel so well in what should be a club smash. They bring the Lebanese flavour on the flip too, this time caressing a low slung beat over the haunting vocal chop for 'Hammasichanimmada'.  Both tracks are taken from their debut long player 'Dabkeh'  and both are available for the first time on 45 on Little Beat More records. Head over to the Bandcamp page after the stream to secure your copy. 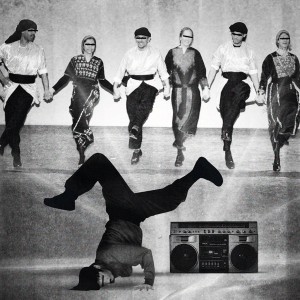