Rinsyoe Kida was a Japanese tsugaru shamisen player who, when he died in 1979, left behind a rich legacy of recorded music that has stood the test of time.  Joining him for this session is the more well celebrated Jazz drummer Akira Ishikawa and his Count Blessings. The mysterious Mushi 45 label have released a club friendly edit of "Tan To Setsu"  on 45 and it packs quite a punch.  On the flip is another Mushi 45 edit of "Jongara Bushi" which is another upfront shamisen funk joint that illustrates just how much the funk had captured the imagination of these Japanese artists.

Here at 45 Live rare Japanese funk is something we will always have more than a passing interest in. When it's as good as this we strongly urge you to get your copy as soon as possible because with all the Mushi 45 releases they don't tend to hang around for long. Recommended!

Limited to 300 copies worldwide, it's now available to purchase at Juno. 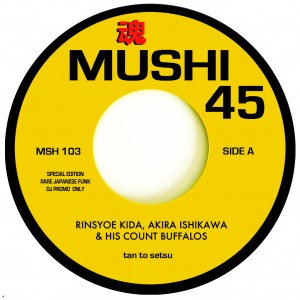 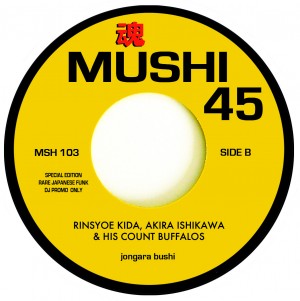