I had the pleasure of sitting in on a rehersal of The Sugarman Three at the Desco studios in New York in 1998 - the band in which organist Adam Scone first appeared on my radar. As organ players go, Adam is right up there, teasing the B3 to produce what can only be described as the real-deal, Jimmy Smith, Jack McDuff et al would be proud. In recent years, Adam has forged ahead with his own project - The Scone Cash Players - and this record dropping in late August is just wonderful. Featuring sax player Ian Hendrickson-Smith from The Roots, this chugging organ jazz groover just doesn't let up with the drums swinging hard and Adam's swirling organ riffs (beautifully panned btw) completing the picture. Absolutely love it... 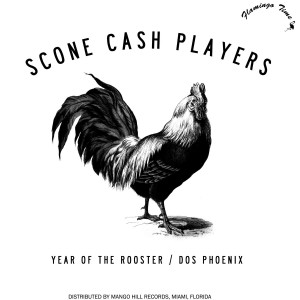