Smoove & Turrell return with the first new single from their forthcoming album ‘Mount Pleasant’ - a storming double-A side with disco cut - ‘You’re Gone’ and the gorgeous and ironic ‘A Deckham Love Song’. From the moment John Turrell heard label mate Izo FitzRoy’s debut album “Skyline” he knew they had to work together and started adapting a song he was working on “You’re Gone” with her in mind. The result is an absolute ear worm of uplifting chic style instrumentation combined with haunting lyrics – disco dynamite delivered with feeling as John & Izo’s vocals perfectly encapsulate the balance of frustration, pride and vulnerability present in a lovers argument. The flipside is the undeniably pretty ‘A Deckham Love Song’ – a smooth slice of sublime songwriting with a Richard Hawley-esque tongue-in-cheek look back at a childhood spent in Deckham. The beautiful and sentimental imagery conjured up in the lyrics and tasteful musical arrangement inspired by Gene Wilder’s Willy Wonka, ironically offsets the subject matter of a childhood growing up on an estate in the North East of England. So two cracking tracks with superb vocal performances and great instrumental arrangements - it’s a wonderful combination of Smoove & Turrell’s signature sound alongside a more leftfield cut for a nicely balanced release that will be released on 7” vinyl. 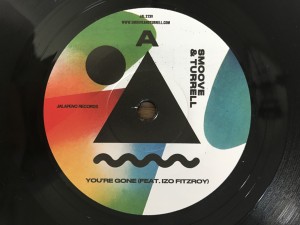 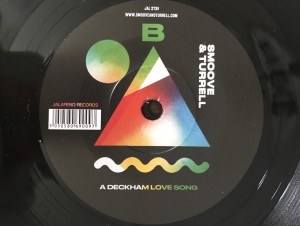 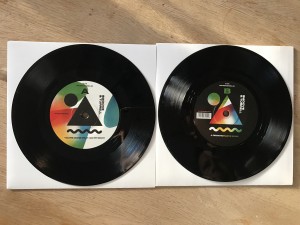