RED SIDE: "Bulgarianized" is a killer bgirl/bboy tune that is based on a sample from a well known Bulgarian song from the early 70s “A Bulgarian Rose” composed by Maestro Dimitar Valchev. The song is produced by Huckspin & Monophonic, two DJ fellas from Mannheim, Germany. It also features Jojo Kraus and Igor Rudytskyy on the keys and trumpet. After playing several years at the "Jam On It" festival, Huckspin found the original song in a tiny record store in Sofia. The song, the beautiful country and the "Jam On It" festival inspired him to create "Bulgarianized". The track is dedicated to all the bgirls and bboys and especially to the Sleepwalkingz Crew, originators of breaking and the organizers of the "Jam On It" Festival.

GREEN SIDE: “Wah Wah Wah”, an ode to the beloved Wah Wah pedal sound from the 70s, produced by Berlin’s undisputed funkateers Marc Hype & Jim Dunloop, for the first time on a 45s, celebrates it’s 10th anniversary this year since the original release. If you have ever witnessed how the Berlin duo has smashed a party with two turntables and a funky piano, you have a pretty good idea what damage this tune will do. This song is truly a bgirl/bboy delight! Point blank. 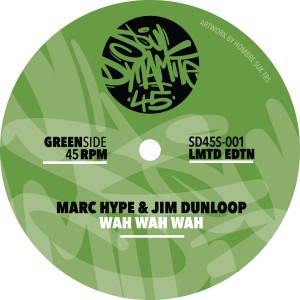 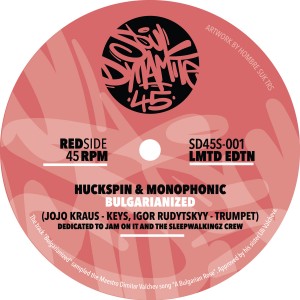