Feels like a new golden era of Hip Hop is firmly bedding in around the world with producers and rappers all over returning to the boom and bap sensibilities of what is arguably the best period in hip hop ever. Imagine you were a kid getting into hip hop now and had never heard Lord Finesse, ATCQ, Main Source et al but instead were aurally abused by mumble rap and the like, ugghhhh, shudder. So it is with great joy that people like Southpaw Chop from Tokyo are in the game and showing how it should be done. With Main Source main man Large Pro once again teaming up with Southpaw Chop, 'Drop A Jewel' is doing what it says on the tin, this shining jewel of hip hop is almost blinding in it's glorious shine. Heavy heavy production, super tough drums, Large Pro on top of his game and Southpaw on the cuts all combining into an absolute classic, the word 'phat' was coined for tracks like this. Definitely one of the best hip hop 45s released this year (and in recent years), you need it to put it succinctly. There's no debating that the hip hop scene in Japan is a major force, and has been been for many a year, Southpaw Chop continues the tradition with panache and flavour and I thank you for it! Delve into the back catalogue on the bandcamp page too, total class beats aplenty.

*check the videos of 'Here We Go', featuring Large Professor and 'How It's Done' feat Kool G Rap & Craig G, I have no idea why I didn't order these too, ERROR! Available now in Southpaw Chop Bandcamp. 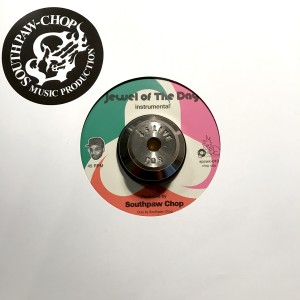 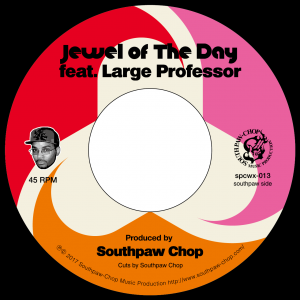