If you don't know by now that a visit to the Funky Shit Edits webshop on any given week will throw up a treat for the ear canals than you've been sleeping son! The Russian producer Paul Sitter has a knack for getting the job done right and seeking out bonafied club classics that were never pressed on  seven inch wax before.  On this remix series the Funky Shit Edits label boss takes a back seat and instead shines a light on some of the most iconic remixes of recent times. Liam Howlett of The Prodigy was tasked with remixing Jay-Z and Method Man and both tracks remain firm favourites in the club decades later. And now thanks to the label they're available on our format of choice for the very first time. We can't wait to see what's next in the series. This is a series we fully endorse.  'The Prodigy Remixes' is available now from The Funky Shit Edits Bandcamp page. 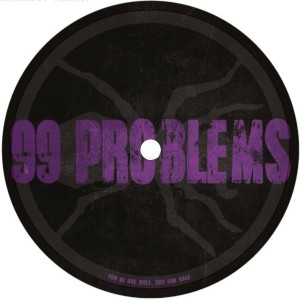