DJs Choice, the Italian independant label we had the pleasure of featuring last year are back with this their second release and once again The Rebel takes centre stage alongside rapper Illspokinn in what is sure to be a summer smash wherever it's played across the globe. For those who like their hip hop underpinned by some fortified funk from the trunk then this release should be a no brainer for you. 'The Sculptor'  boasts some of the nicest scratch segments, neck snapping jeep beats and rhymes you're ever likely to hear this year. But that's not all, there's also the jazzy saxophone stylings from Matteo Zippetto Acclavio that work so well in the mix.

On the flip, New York City's very own Nickodemus lends his weight on a bubblin'  remix for 'The Sculptor' . I can just picture this one goin' off at one of his famous 'Turntables On The Hudson' parties.  Do not hesitate to cop your won set of doubles today and watch this one blow up! 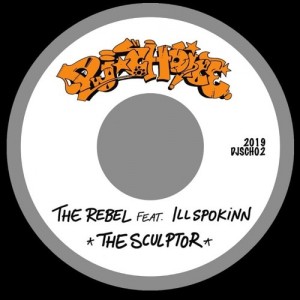