The Young Senators
'Jungle' / 'That's The Way It Is'
(Innovation)

Reissue of the classic heavy funk groover 'Jungle' as penned by Phillip Guilbeau of The Young Senators. The track went on to bigger recognition when Black Heat covered it a few years later which tightened it up with crisper production. But the original recording has a looseness and grittier feel that wins out. Rough, raw and rugged funk. Tasty! 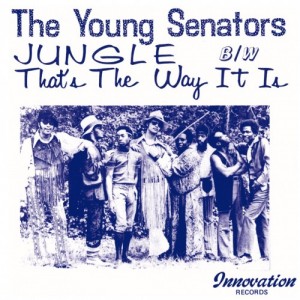